OMAC Kickboxing is an exciting new martial arts program for those looking to not only get into and stay in shape, but to also learn some self-defense techniques as well.

“Muay” translates to mean “boxing” in Thai, so Muay Thai is literally Thai boxing. Taking elements from Muay Boran, the traditional Thai martial arts, Muay Thai as a modern combat sport was first formalized in the early 20th century. The sport was influenced by British boxing where codified rules and the boxing ring were put in place. During this period, fighters also ditched wrapping hands with ropes (“Kard Chuek”) and began wearing boxing gloves in competitions.

Muay Thai is a stand-up striking sport, with two competitors in the ring throwing punches, elbows, knees and kicks at each other. Clinching, sweeps and throws are also allowed.

In charge of our Muay Thai Kickboxing classes is coach Aaron, a martial artist with over 20 years of Taekwondo experience, and over 10 years of Muay Thai experience.

“You are never too old to set another goal
or to dream a new dream.” 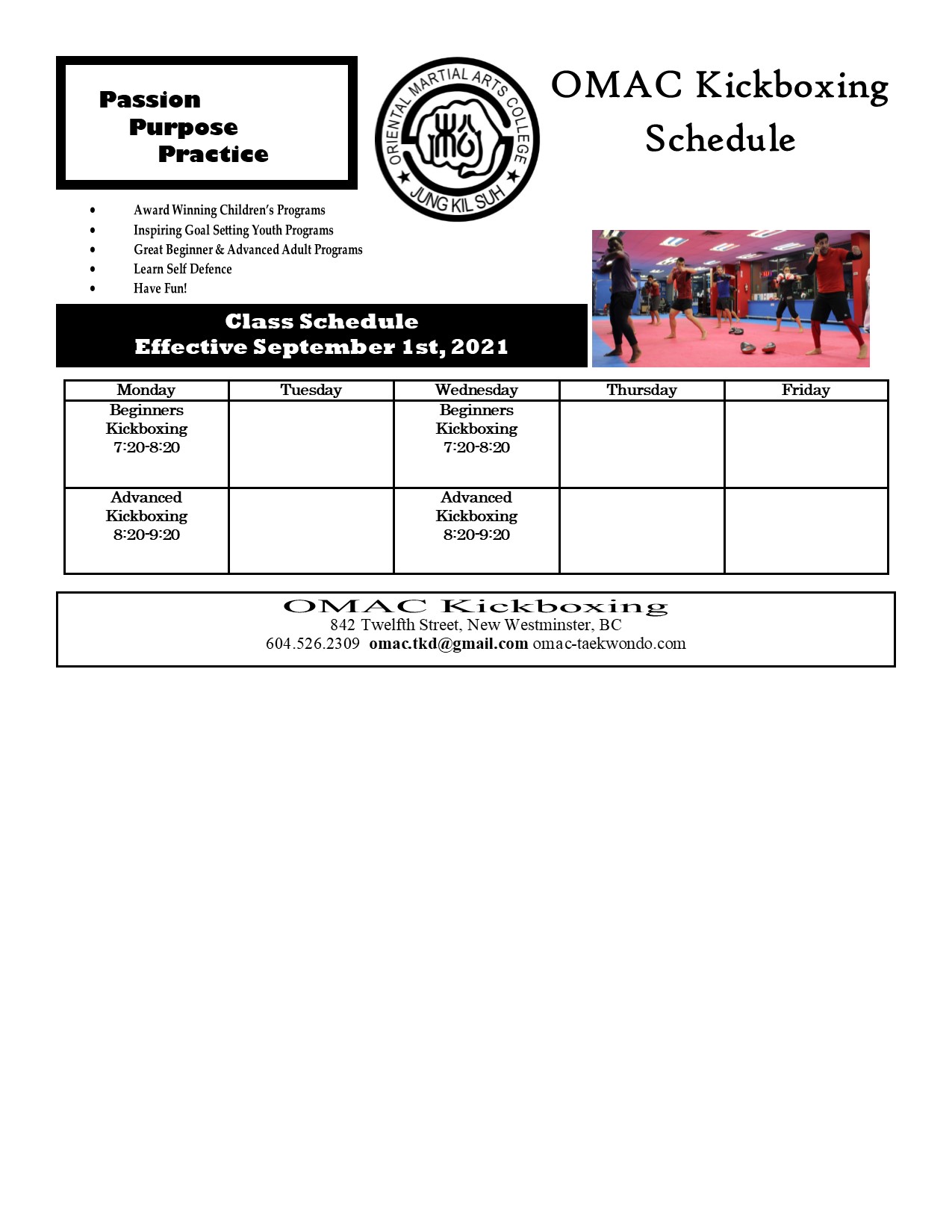